Ambassador Teleni was the Special Advisor (Projects) for the PIDF since last year on his return from his last posting as Fiji’s Ambassador to China.
Speaking at the Farewell Ceremonies Mr Yauvoli said,

“Ambassador Teleni came to the PIDF during an important period in the development of the PIDF when the Chinese President Xi Jinping visited Fiji and met Pacific Leaders from Samoa, Vanuatu, Niue, Tonga, Papua New Guinea and the Federated States of Micronesia.”
“Ambassador Teleni’s contribution to the PIDF will not end as he leaves us as he will continue to be our Champion wherever he serves. We look forward to working closely with Ambassador Teleni in his future appointments.” 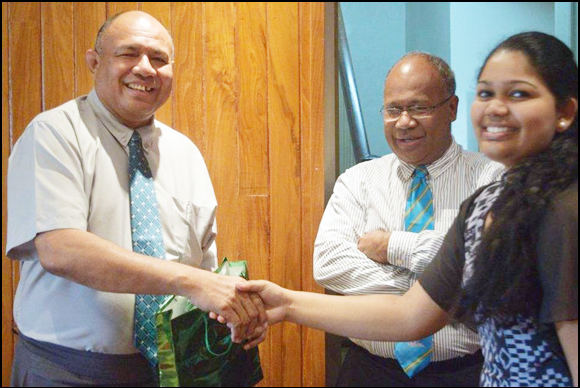