Tuesday, 21st April, 2015: The Deputy Secretary General of the Pacific Islands Development Forum Mr Penijamini Lomaloma today met His Excellency Par Ahlberger Sweden’s Ambassador to Fiji, Papua New Guinea, Samoa, the Solomon Islands, Vanuatu, Kiribati, Nauru, Tonga, Tuvalu and New Zealand, at the PIDF Secretariat in Nasese, Suva.
In welcoming Ambassador Ahlberger to the PIDF Secretariat, Mr Lomaloma thanked Sweden for its support to the Pacific through the EU and at the UN and other international fora. Mr Lomaloma also took the opportunity to brief Ambassador Ahlberger on a host of issues relevant to the vision of PIDF including the preparations of the PIDF’s historical foundational agreement which will be formally presented for signature at the Third PIDF Summit scheduled for 12 to 14 August this year.
Ambassador Ahlberger explained Sweden’s foreign policy interests since the election of a new Government. He also assured of his Missions interest to step up its engagement with the Pacific. He expressed a special interest to work with the Pacific on the area of climate change.
Speaking after the meeting Mr Lomaloma said,
“Sweden considers climate change as one of its national policies and makes every effort to contribute to an effective future climate change regime. We are therefore pleased to be able to meet with the representative of Sweden to discuss possible areas of collaboration where we can work together find climate-friendly solutions to some of our challenges. We agreed to work closely together ahead of and during the Climate Negotiations in Paris later this year, as well as in other international forums.” 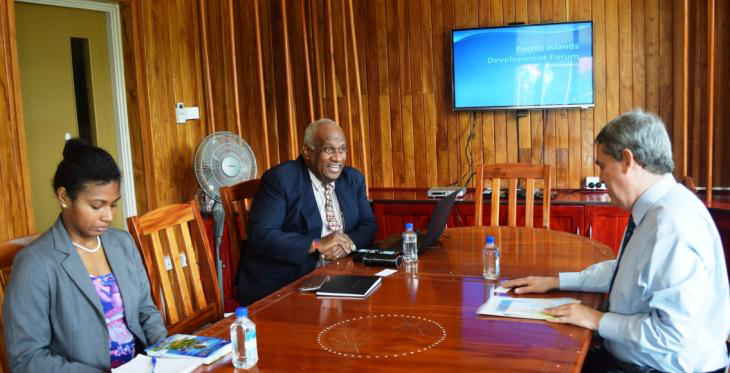 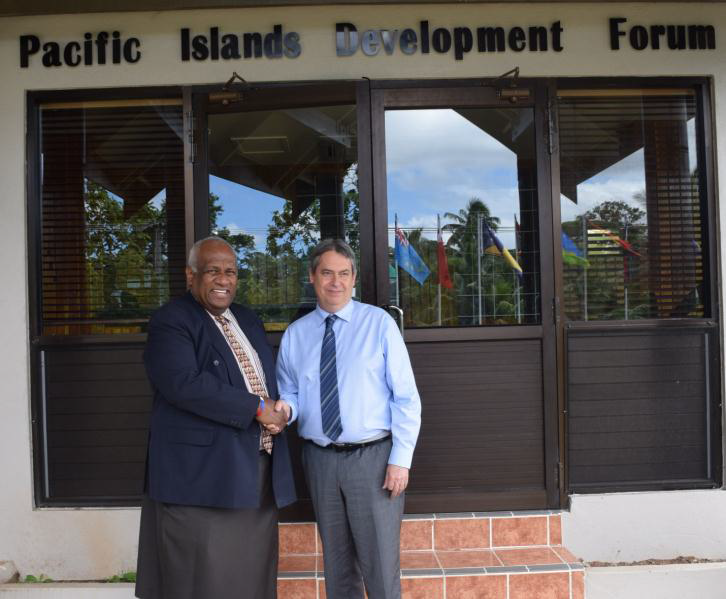 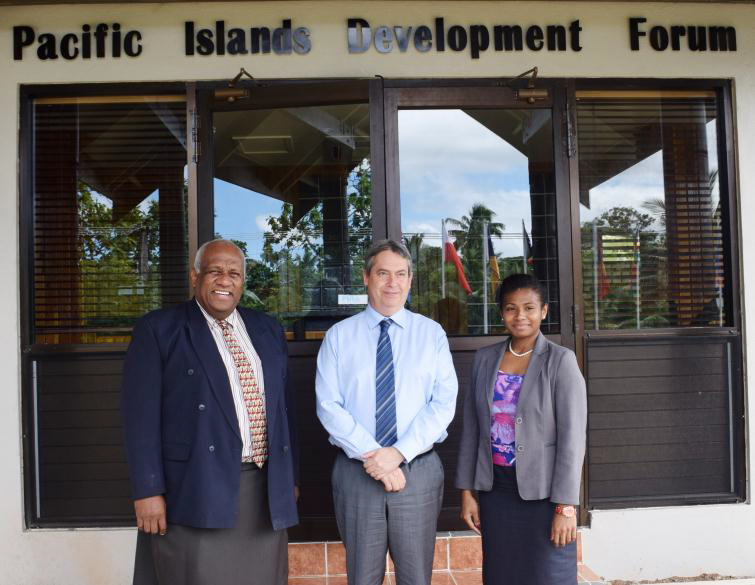