In welcoming High Commissioner Hossain to the Secretariat, ISG Yauvoli also conveyed his appreciation to the Government of Bangladesh for their continued interest and support in working with PIDF and Pacific SIDS through various international for as such as the Group of 77 & China as we advance sustainable developments in the Pacific region. As developing countries of the South, we have many areas of common interest that we can collaborate and partner with in the times ahead and PIDF believes in genuine and durable partnerships as an important pillar to strengthen our South-South Cooperation, says Mr Yauvoli.

The recent conclusion in Jakarta, Indonesia of the 60th Anniversary of Asian African Conference on Advancing South-South Cooperation last week is a testament of the importance of working together and supporting each other to strengthen our partnerships through SSC. In the Pacific region, PIDF is providing the space or forum where leaders of governments, non-government and civil societies, and private sector organisations meet and determine their priorities for blue green economies supporting long term sustainable development in the region.H.E Hossain is based in Canberra, Australia and his delegation departed today. 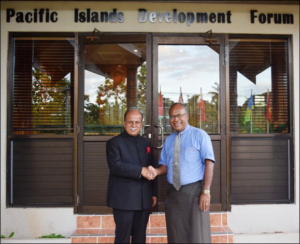 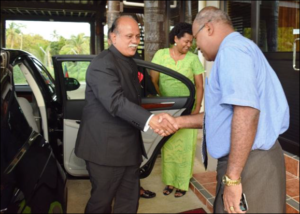