Monday, June 01, 2015: This morning the Deputy Secretary General of the Pacific Islands Development Forum Mr Penijamini Lomaloma received His Excellency Mr Christian LECHERVY French Permanent Secretary for the Pacific and Permanent Representative to the SPC at the PIDF Secretariat in Nasese, Suva.
Mr Lomaloma and Ambassador Lechervy discussed the special place of the PIDF in the regions architecture, the role of development partners, the upcoming 21st Conference of the Parties on Climate Change (COP21) to take place in Paris this year, the Third PIDF Summit from 2-4 September 2015, and the preparations of the PIDF’s historical foundational agreement which will be formally presented for signature at the Third PIDF Summit.

“As host of COP21, France has a critical role in the. This Conference is crucial because it must result in an international climate agreement that will ensure that the temperature rise is contained below 1.5O C.”
“I am pleased that today we can set in train and lay the groundwork for further collaborations between the PIDF and France as we remind the world that climate change knows no borders and affects us all; and that we must come together as a global community and take collective action to confront these challenges together.” 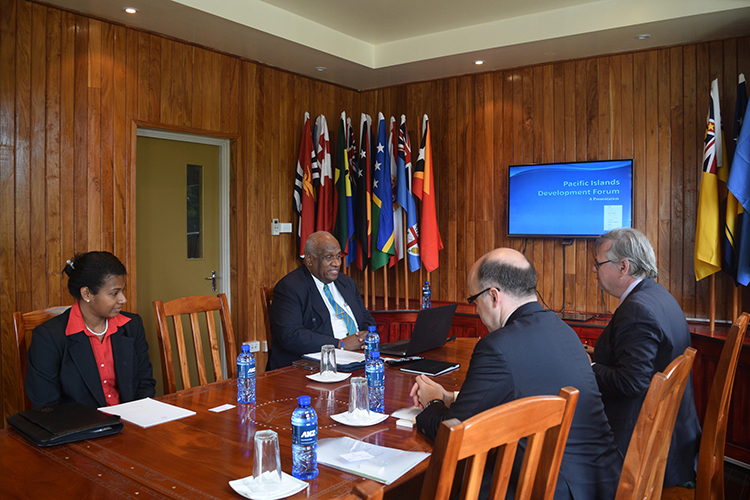