The PIDF Secretariat team celebrated a great achievement by its Secretary General, Ambassador Solo Mara, who received from the President of Fiji, His Excellency Major-General [Ret] Jioji Konrote, the Fiji 50 Independence Commemorative medal at the State House with 25 other recipients.

Ambassador Mara’s investiture was in recognition of his 20 years contribution in the Diplomatic Service of the Republic of Fiji. Having rose through the diplomatic ranks to serve as Permanent Secretary of the Ministry of Foreign Affairs [2009-2011], High Commissioner to the UK [2011-15] and Ambassador to the USA [2015-2019].

Ambassador Mara in his remarks at a lunch organised by the Secretariat staff, dedicated the State’s recognition to his supportive family, and all the staff who worked under his command at the Ministry of Foreign Affairs, the Fijian High Commission in the UK, the Fiji Embassy in the USA and the PIDF Secretariat. Ambassador Mara also acknowledged all those who have mentored and nurtured him during his service in the Fijian government. 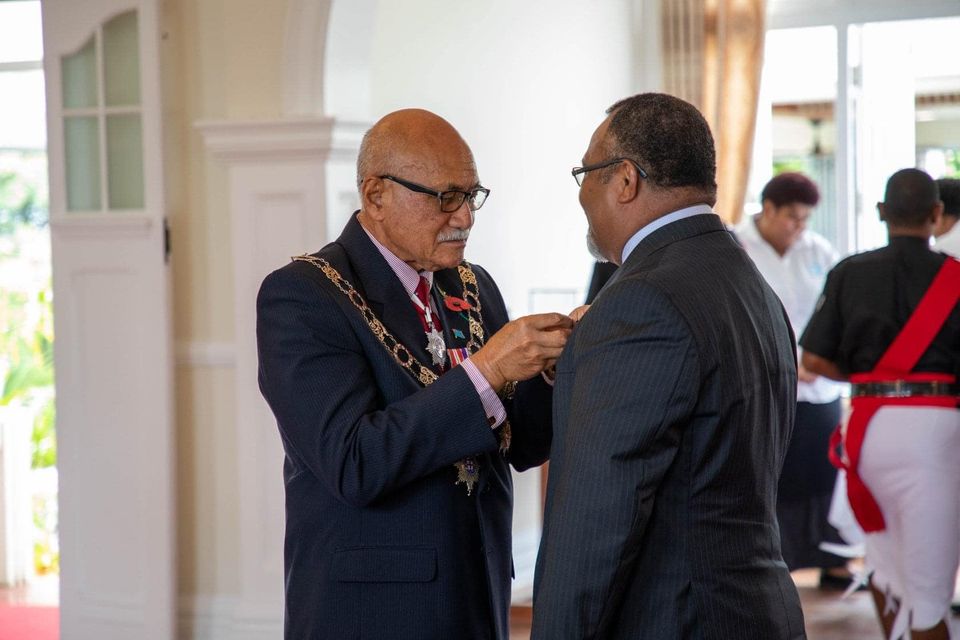