UN Resident Coordinator Pacific, Mr Sanaka Samarasinha emphasized the importance of South-South cooperation and the need to do more to enhance this type of cooperation. “We are learning by it doing it in the South and it is important that we enhance training and capacity building within the Pacific region so that countries could help each other,” Mr Samarasinha said.

Mr Samarasinha read the remarks from the Secretary-General of the United Nations Mr.  António Guterres stating that Southern countries are demonstrating the spirit of South-South cooperation, equal partnership and global solidarity during the pandemic, by collaborating in science, technology and innovation, delivering medical supplies, providing financial resources, sending health workers and experts to bridge gaps in capacity, and sharing best practices.

“South-South and triangular cooperation must also have a central place in our preparations for a strong recovery. They can never replace official development assistance, or the responsibilities of the global North set out in the Addis Ababa Action Agenda and the Paris Agreement. But we will need the full contributions and cooperation of the Global South to build more resilient economies and societies, and implement the Sustainable Development Goals,” UN Secretary General said.

Ms. Grace Wang, UNOSSC Deputy Director, stated in a video recorded message the UNOSSC strives each day to support Small Islands Developing States. (SIDS) “We are keenly aware of your big challenges and excellent efforts where the world put together in the Small Island Developing States Accelerated Modalities of Action (SAMOA) pathway,” she said.

Mr. Oliver Adam, Executive Coordinator of UNV Programme in his video message emphasized that in times of global crisis, solidarity between people and communities is more important than ever. “Volunteerism exists in every society and reflects the critical human values of mutual aid, service, community-building and engagement. Volunteering and South-South cooperation share also the common principles of mutuality, reciprocity, respect and equality and foster participatory approaches to development,” Mr. Adam said.

The Secretary General of PIDF, Ambassador Solo Mara shared similar sentiments in his remarks stated that PIDF is the platform for South-South cooperation in the region and recognizes the principles of South-South Cooperation to have huge potential in sustaining the implementation of the SDGs in the Pacific Islands, as it brings in not only relevant and comparable expertise and experiences but importantly in my view, fostering a strong participatory approaches to development.

“PIDF has an active MOU with the UNOSSC that was signed in 2017. Moving forward PIDF will work collaboratively, not only to address the common challenges faced as Pacific Islands Developing States, but importantly the opportunities that can harness together with the Global South partners to progress the 2030 Sustainable Development Agenda, “Ambassador Mara said.

Mr. Denis Nkala, UNOSSC Regional Coordinator (Asian-Pacific), in a video recorded message presented the findings of the survey carried out from 17 August to 8 September 2020 on priorities for COVI-19 recovery and South-South cooperation in Asia-Pacific. “Thirty countries were invited to partake in the survey and nine out of the seventeen countries which responded were from the Pacific region. Most countries from the Pacific gave priority to green recovery that addresses environment and climate impact at the same time,” Mr. Nkala said.

At the event Mr Sanaka Samarasinha launched the “South-South in Action” publication titled “South-South Volunteering as a driving force for people to people exchanges: Experiences and perspective from Asia-Pacific.” The publication focuses on the efficacy of South-South volunteerism in accelerating people to people connectivity and sharing of solutions for the achievement of the 2030 Agenda through the review of case studies from Thailand, Cambodia and China. 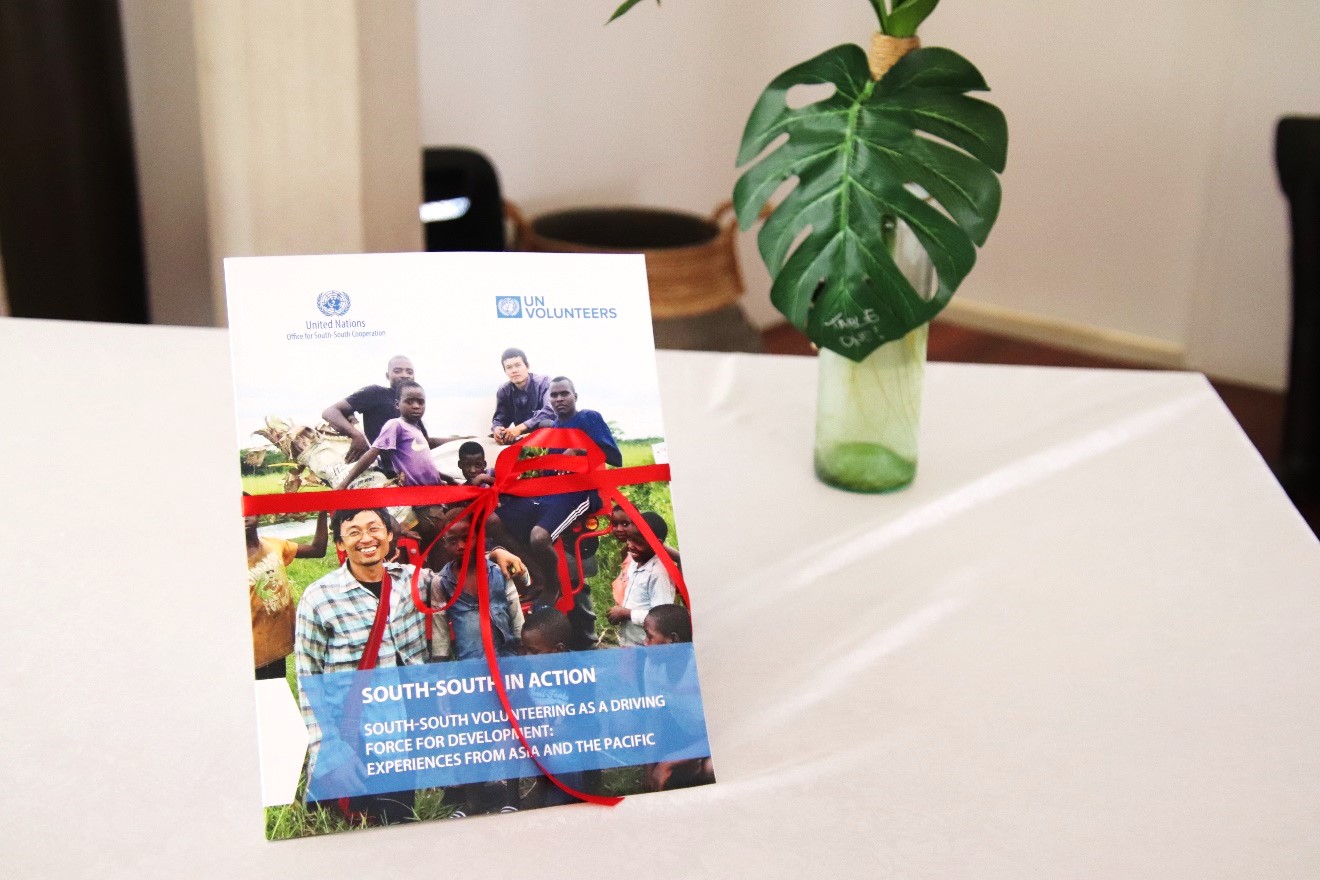 “South-South in Action” publication titled “South-South Volunteering as a driving force for people to people exchanges: Experiences and perspective from Asia-Pacific.” 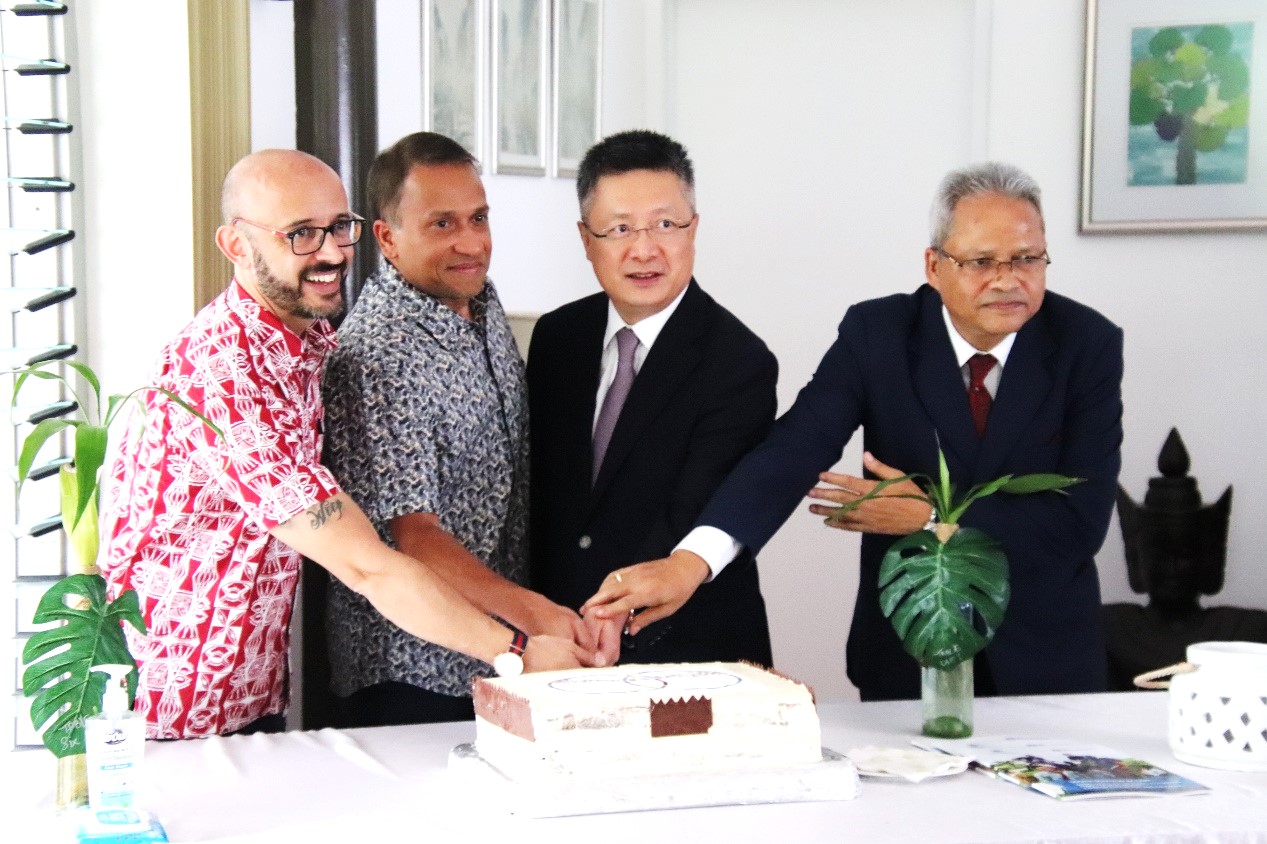 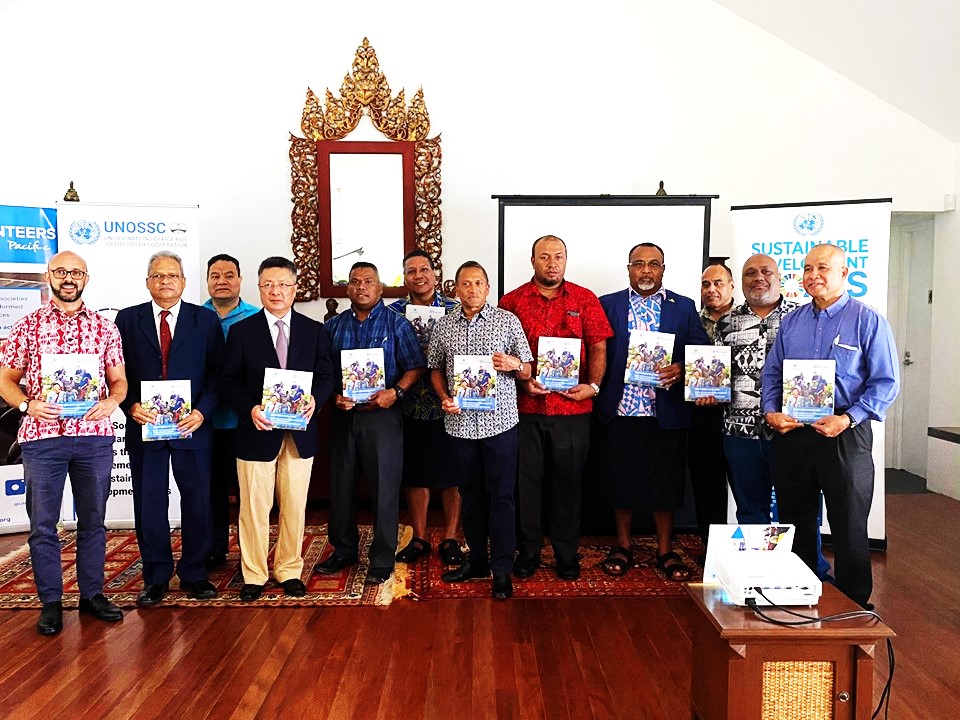 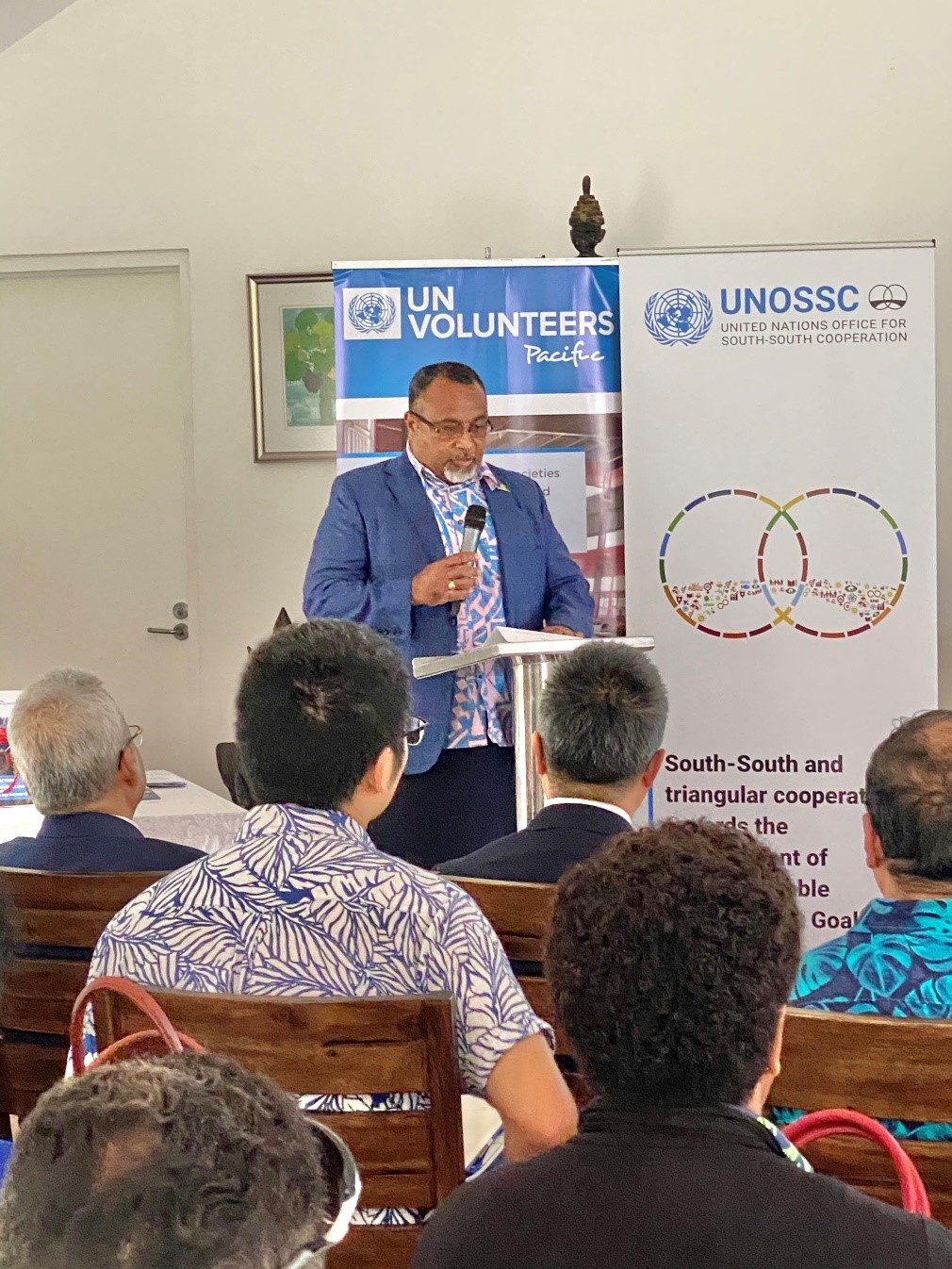 Ambassador Solo Mara during his remarks at the United Nations Day for South-South Cooperation celebration.